It is generally agreed that Sutton Golf Club was founded in 1890 although history records that golf was played over the Cush Point links land before that date. It was an ideal location as it could be reached by rail from Dublin. Such was the early popularity of golf at Sutton that a hotel “The Golfers Hotel” was opened at Sutton Cross in1897.

In the early days Sutton was actually a combined golf and boat club but as an early history records “by degrees the golfing fever gained ascendency over the sailing men …”.

In playing the couse today it is difficult to imagine how it once was. Up until 1971 the complete nine holes were contained on the sea side of the railway line. It was only in the 1970’s that the current layout began to evolve with three holes on the other side of the railway line. (Folklore has it that in the early days if someone shouted “fore”, everyone on the course ducked”!)

From the outset the course put a premium on accuracy and that is why it has produced so many fine golfers throughout its history. It did not have to wait long for its first stars. In 1904 it celebrated its first member Averell Digges La Touche being selected for Ireland. This was followed in 1911 with Georgina and Rhoda Lauder becoming the first ever sisters to be picked for the Senior Irish Ladies team. A first major team trophy in 1907 was followed by the club being awarded Senior status the following year.

The club had many distinguished members over the years including JJ Keane a double All Ireland winning Dublin footballer who went on to found the Olympic Council of Ireland and Dr Karl Mullen who led Ireland’s rugby team to Triple Crown and Grand Slam success in 1948.

It was however the arrival of JB Carr as a juvenile member in 1935 that was to be start of a remarkable era in the clubs history not alone in Ireland but worldwide. He was to be the foundation of a number of remarkable Sutton teams that won three senior Cups and three Barton Shields in a five year period; saw as many as three Sutton players represent Ireland on the same team; provide both finalists in both a South of Ireland and a West of Ireland Championship; and generally dominate Irish golf over two decades, a remarkable achievement for a nine hole club!

In relation to the course itself undoubtedly the biggest change was the acquisition of Connor’s Field, the land across the railway line. This provided the opportunity to create three new holes in the “Field” and to open up the existing land to create better and more challenging holes. The initial layout of Connor’s Field lasted until 1996 when the opportunity presented itself to redesign these holes and to fully realise the course that is played on today.

Over the years Sutton has had three clubhouses the third of which was officially opened in 2001. It is a wonderful clubhouse that makes the most of the stunning location of the golf club. A fitting addition to a club and course that has played a major role in the history of golf in Ireland. 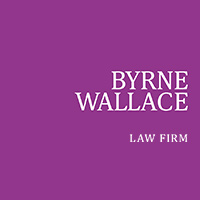